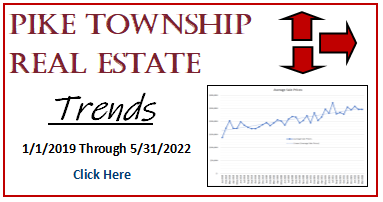 I love technology. Before I was a Realtor, I was a computer programmer. I wrote business programs for a good size company in Park 100. I find that technology most always makes our lives easier.

One of the most popular changes in our lives was the invention of the portable cell phone. Over the years our cell phones do more and more things to make our lives easier.

With all new technology, there is a price to pay. With instant access to make a phone call anywhere, internet access, emailing and texting comes cell towers. Something that is required to have all of these conveniences.

You might say that is a small price to pay, until they want to put a cell tower in your neighborhood. That is exactly what happened at 6401 Zionsville Road. Two years ago a church bought and built on this 13 acre lot. The back end of this lot is a wooded area not usable by the church. The church had to get zoning to build on this lot. Pike Township Residents Association had several meetings where plans were spelled out, neighbors voiced their opinions and commitments were made by the church.

Now comes AT&T wanting to put up 150 foot cell tower in the east backend of the lot. They need a zoning variance in order to put up their cell tower and ground equipment. This would benefit the church because AT&T would pay them a good chunk of rent to use the space. Being a preachers kid, (yes, Rev. Lord) I understand that churches sometimes survive on a wing and a prayer. Being a Realtor I also understand how a cell tower inside or near a community can decrease property values.

At the Pike Township Residents Meeting on June 12th it was near standing room only. Many neighbors from surrounding communities were there to voice their “no cell tower” opinions. It was suggested maybe the cell tower could be put on Pike Schools property directly to the north. AT&T had already approached them and they said “No”. A PTRA Board member who had also worked for Pike Schools before he retired said “let me talk to them.”

At the PTRA July 10th meeting, this petition was on the agenda but was continued. It seems that they are still in discussions with Pike Schools about a place to put the cell tower. Most likely it will be on the August PTRA agenda. (ptra.net)

In my opinion, where ever they decide the best place for the cell tower will be, the City of Indy will approve it. That said, I am surprised that Northwestway Park is not loaded with cell towers. Maybe the City has no problem with approving cell tower locations except when it is their property.